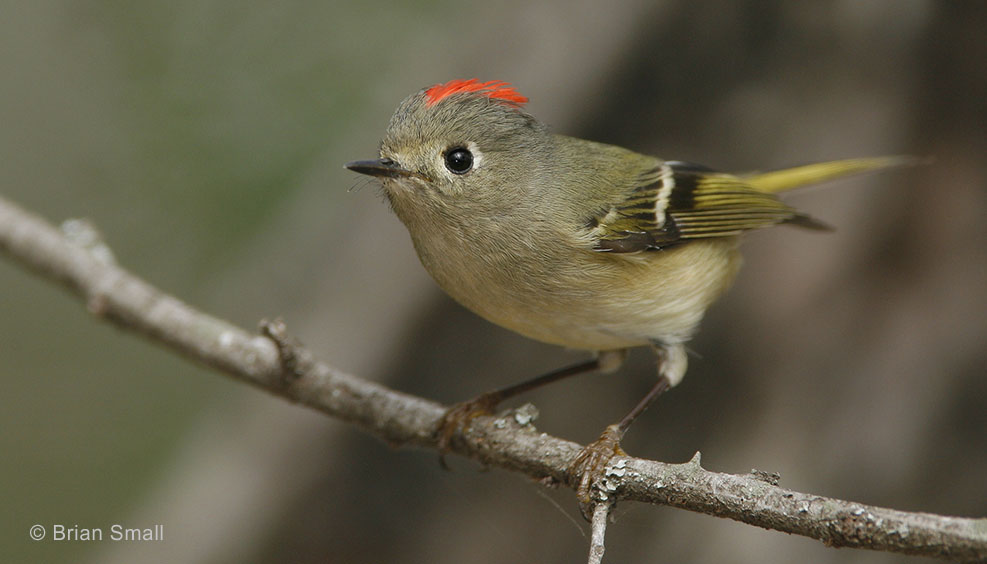 The Ruby-crowned Kinglet … a tiny avian jewel with a scarlet patch on its crown (usually not visible) … is one of my favorite birds, primarily because of it’s sprightly cheerful song — a series of very high notes followed by a rambling jumble and ending with a silly-sounding chant:

Although breeding in the Canadian northwoods, migrating ruby-crowneds are quite vocal, the males singing excitedly as they flit from limb to limb in search of insects in the forest understory or among shrubs and small trees in hedgerows, along creeks, or at forest edge. They may even be heard sounding off from thick vegetation in city parks, and sometimes along suburban sidewalks!

Today I heard my first kinglet of the year. I went walking barefoot in a small park next to a gurgling brook (near downtown Ithaca, NY), when a kinglet’s sprightly notes fell gently upon my ears:

A Taste of Spring, by Lang Elliott

what was that? across the street?
among the trees along the creek?

a kinglet’s rambling, silly song?
here downtown? might i be wrong? 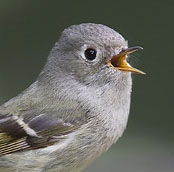 Lang Elliott reciting the above poem.

Frabjous day indeed! A Ruby-crowned Kinglet’s songs lift my spirits and send me smiling into the day!

p.s. thank you Brian Small for the use of your photos!