Include essay here explaining the genesis/origin of the non-profit.

The Miracle of Nature non-profit is largely a product of my own direct experience of nature and study of natural history as a young man living in the Adirondacks, coupled with later discovery (while a graduate student in Environmental Education at Cornell University) of the Nature Study Movement of the late 1880s and early 1900s. Spearheaded by Liberty Hyde Bailey (botanist and dean of the Agriculture School) and Anna Botsford Comstock (gifted teacher), the Cornell Nature Study Movement was pursued as a strategy to help rural youth connect deeply with nature so that they would be less likely to abandon the countryside and move to cities for work.

Mention that LHB wrote The Nature Study Idea, which clarified and expounded upon the philosophy behind the movement … of which I totally identified.

Mention also that I arrived at Cornell, as a grad student, at a time when the last remnants of the movement were vanishing (disappearing), culminated by the elimination of the environmental ed program (in the dept of education) and the subsequent destruction of Stone Hall, where AB Comstock had done her good work.

And some come around to explaining that I have believed for years that the underpinnings of the movement were still as important as ever, that it is vital that we encourage a deep connection to the natural world that is based on the heart, mind and spirit, and that is not all about facts/information … in LHB’s words, it is not what know, but what you feel … etc. etc. etc.

Here you can create the content that will be used within the module.

“Nature study is not a science. It is not knowledge. It is not facts. It is spirit. It is concerned with the child’s outlook on the world.”

“One’s happiness depends less on what he knows than on what he feels.” 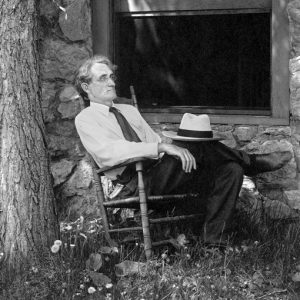 “Nature study is not a science. It is not knowledge. It is not facts. It is spirit. It is concerned with [a person’s] outlook on the world.”

“One’s happiness depends less on what he knows than on what he feels.”

Help us reveal the miracle!